Bluff Island, also known as Dark Island and Lone Star, was sold to Frederick Gilbert Bourne of New York City by William Henry Harison, his wife Mary Francis, and Noble Wymberly Harison, for $5000 on December 3, 1902. The island due west of Chippewa Bay and northwest of Cedar Island was said to contain 15 acres, more or less. Frederick Bourne commissioned Ernest Flagg, a New York City architect, to design a castle hunting lodge on Dark Island. Bourne stipulated that the structure was not to imitate any existing castle. Flagg had recently read Woodstock by Sir Walter Scott which was set in The Towers, a hunting lodge castle used by royalty near Woodstock, England. Flagg incorporated descriptions of the books castle, torn down in the early 1700s to design Bournes castle  complete with towers, turrets, secret passageways, and underground tunnel, and even a turret dungeon. Construction began in the spring of 1903 and involved 100 masons. Granite was quarried from Oak Island and sandstone came from the quarry in Hammond. The castle was completed and first used in the fall of 1905. The castle contains 28 rooms, 10 fireplaces and 8 bathrooms as well as 2 boathouses, 2 ice houses, a skiff house, and a bath house. There are passageways throughout the castle and each passageway entrance is hidden or blended in the walls and has a mechanical and an electrical means of opening. The family used the castle for several weeks each year in the summer and fall. Emma Bourne died in 1916 and a son, Howard, died in 1918. Mr. Bourne died in 1919, leaving an estate of $43 million to his seven surviving children, who could not agree on its distribution. On June 12, 1919, Dark Island and all its buildings were sold for $389,000 to Marjorie Bourne and her sister May Bourne Strassburger. Marjorie was given lifetime use of the island by the Strassburgers in 1921. Marjorie married Alexander Thayer in December 1926. In 1928 Marjorie had a separate squash court built for her husbands birthday and added a sports therapy room and a bedroom on the third floor. The wooden piazza below it was converted to stone to support the new wing. On December 27, 1961, Marjorie Thayer sold Dark Island to LaSalle Military Academy for less than $100. In 1965, LaSalle had no use for Dark Island and sold it on April 17, 1965 to the Harold Martin Evangelistic Society for $35,000. The Martins changed the name of the island and castle to Jorstadt and held religious services and retreats from May to October. In the 1980s, Mrs. Martins health kept her from the island and the ministry was carried on by Harvey & Flo Jones. In 2002, the island was sold to Dark Island Tours. The property, renamed Singer Castle on Dark Island, still has many original furnishings and is open May to October for guided tours, weddings, and overnight stays in the Royal Suite. 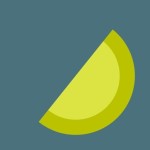